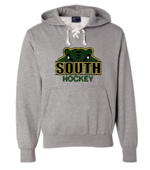 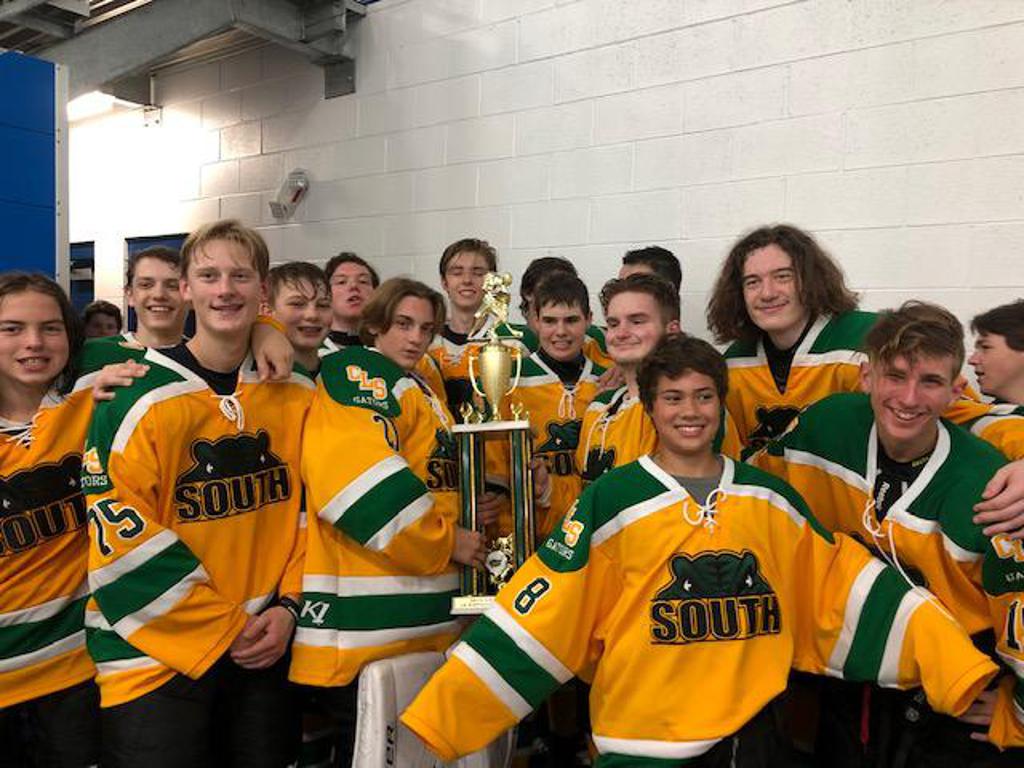 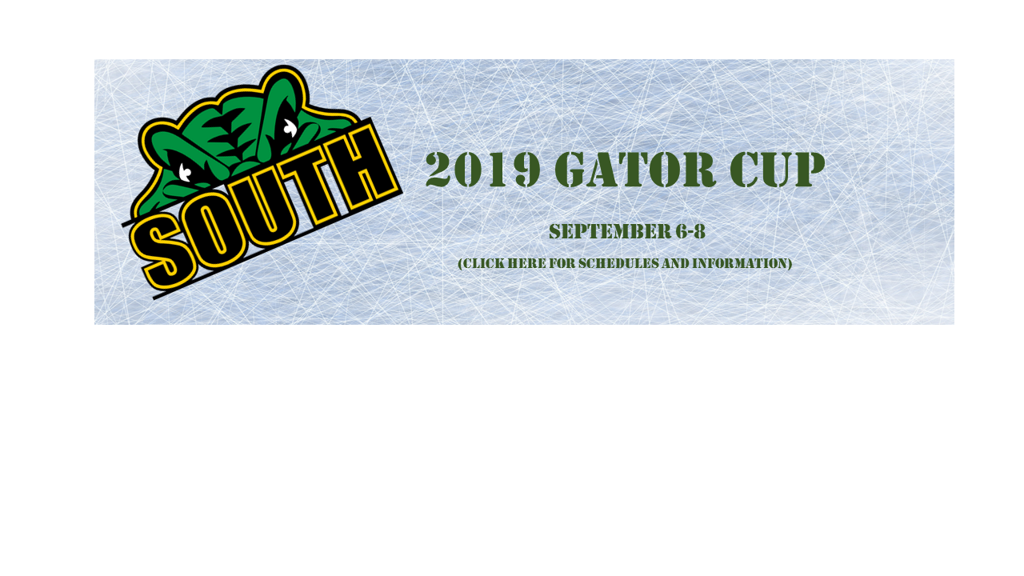 Game Time Sports Photos will be taking pictures at the Tournament. You can view them by clicking on the Gametime logo. 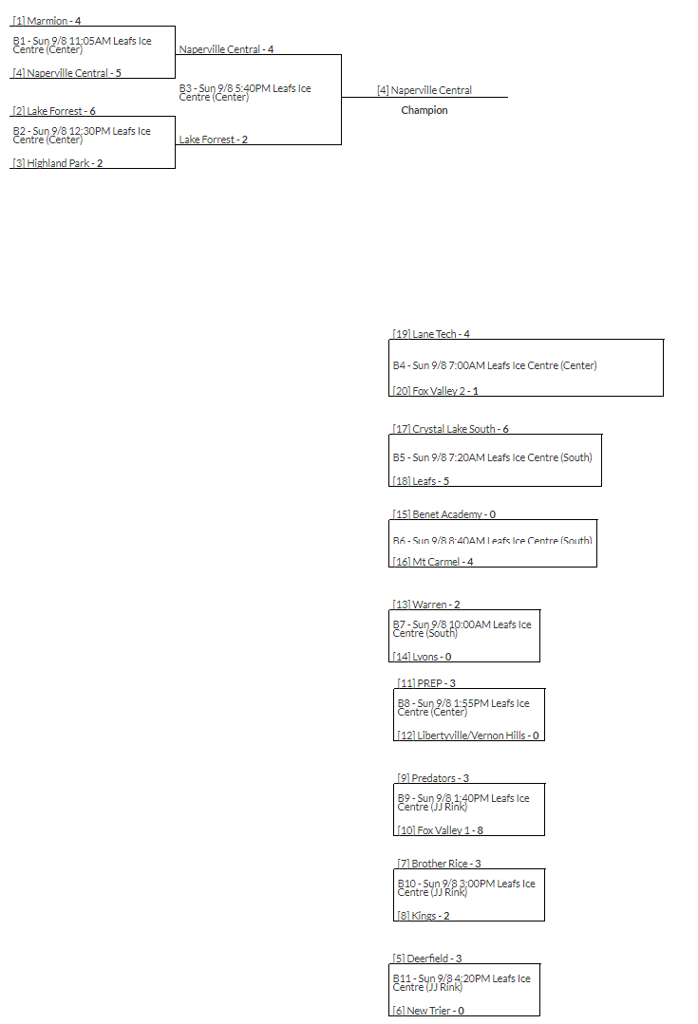 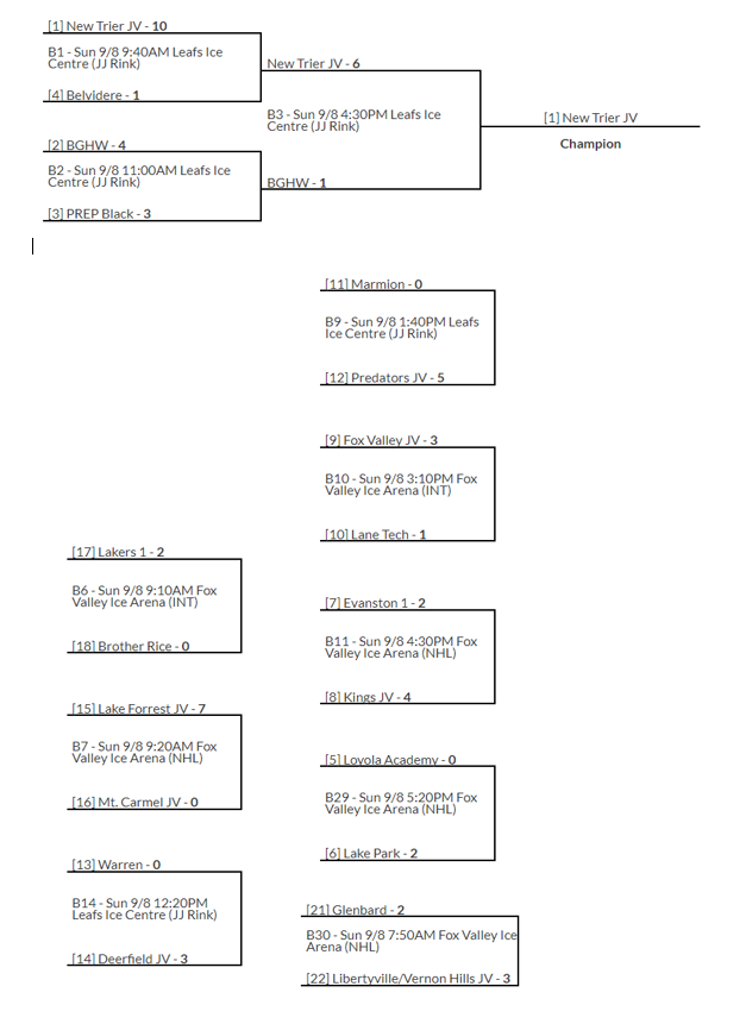 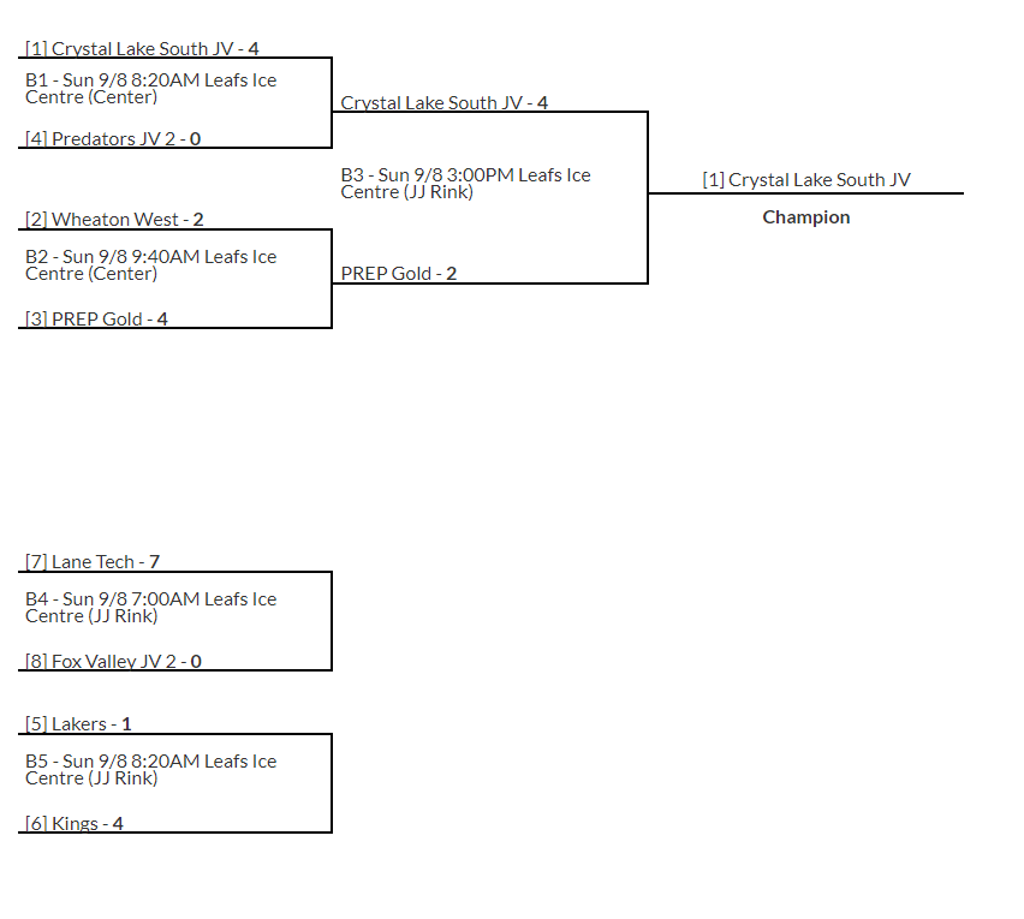 The Leafs Ice Centre is located approx. 4 miles off of I-90.
Take I-90 to the Randall Road exit. Head north on Randall Road. Take a left on IL Route 72 (Higgins Road).

The Leafs Ice Centre is located about 1/2 mile on the right hand side on Weseman Drive.

(Some games will be played at the Fox Valley Ice Arena) 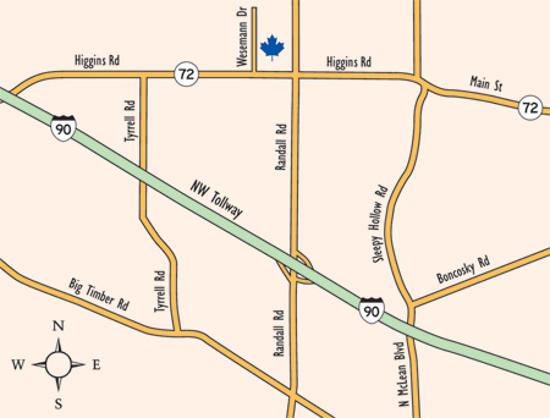  During the first two games for each team, a game that is tied at the end of three periods is considered complete.

 In the event of a tie in subsequent games (except for the semi finals and championship games), the teams are not to leave the ice. There will be a 3 Man shoot out. If the game is still tied, than there will be a sudden death shootout until a winner is determined.

 In the semi final games, if tied, there will be a 5 man shoot out, followed by a sudden death shootout if necessary to determine a winner.

 In the championship game for the Gator Cup (at both JV and Varsity) there will be a five (5) minute sudden death overtime period. If the game is still tied we will go to a 5 man shoot out, followed by a sudden death shootout if necessary to determine a winner.

 Note, all penalties will carry over from the original game to the overtime.

The Home team decides who shoots first. Coaches must determine their 3 or 5 shooters (in order) prior to the first shooter. If the shootout goes to sudden death, the players in the initial shootout cannot shoot until all players on the score sheet have shot (excluding goalies or if a player has left the game due to injury or disqualification). Any player in the penalty box at the time of the shootout is not eligible to shoot.

The order of final position after the seeding rounds shall be completed on a position by position analysis beginning with first place. In the event of a tie in points, the tie breaking formula as stated below shall be used.

2.   HEAD TO HEAD  (This breaks ties based on the record (or points, if points are used) against the teams tied with. For example if three teams have the same overall record at 4-2 and all three of the teams played each other an equal number of times and one teams record against the other two was 2-0 and another was1-1 and the other was 0-2. This tie breaker would order them accordingly. If all three teams had identical 1-1 records, this tiebreaker would not be used.)

3.    HEAD TO HEAD TWO TEAMS ONLY (This is the same as the head to head tie breaker, except this one will only be used if only two teams are tied. If there are three teams tied (even if they all played each other), this tie breaker will be ignored.)

4.    GOAL DIFFERENTIAL (The differential tie breaker determines the total difference between a teams score versus their opponents. The largest differential wins the tie breaker.  NOTE: The maximum surplus per game is seven (7) goals.

In the event of a three way tie, the order of finish will be based on tie break rules stated above.

THE DECISION OF THE TOURNAMENT IS FINAL.

Instructions: How to Run the Clock at Leafs Ice Center

 Each team must be register with USA Hockey through the sub-registrar of its home state.

 At sign in, each team must provide; a copy of the roster bearing the seal of the sub-registrar, proof of team registration with USA Hockey.

 Competition format will consist of a 2 game seeding round followed by a third game or a semifinal game, depending on seed placement, then a championship game.

 The home team is listed first on the schedule and will wear light or white colored jerseys, no exceptions

 The home team for the third and fourth rounds will be determined by the Tournament Director in advance of the scheduled game time.

 Ice will be resurfaced at the end of each game

 There are no timeouts except in semi final or championship games, where each team will be permitted (1) 1 minute time-out per game

 A two (2) or less goal lead or a tied game during the last 2 minutes of the third period will result in stop time. While the game is running clock, the clock shall be stopped for a penalty or injury to a player or game official. The referees may also direct the clock to be stopped.

 Penalties at each level are TWO (2) minutes for minor penalties

 A fighting penalty is an ejection from the game and for the rest of the tournament.

All decisions by the Gator Cup Committee are final.